The import feature is designed as a starting point to move projects with many Markdown docs to ReadMe. This will be handy if you are just getting started and want to port your old documentation quickly. After you import, the documentation will likely need to be edited to ensure the resulting docs look as desired.

Go to Project Dashboard > Configuration > Project Settings, then scroll down to Project Management.

Only markdown (.md) files can be imported into ReadMe. Other file formats (.html, .csv, .doc) are not supported. ReadMe has its own flavor of Markdown, but supports Github-flavored Markdown for most fields.

For example, if you're trying to import v1.0 docs, but there already exists v1.0 docs in your docs project, your project automatically creates a new version, v1.1, and imports your docs under that new version.

ReadMe expects the following 5-line header in each Markdown file:

To avoid post-import cleanup in the online editor, it's a good idea to add the preceding header. If you don't include this header, then ReadMe bases the page's title on the MarkDown file name.

You can't publish Markdown files in a single version that have the same file name. Duplicate file names won't break the import, but you won't be able to publish any duplicated topics until you change their slugs in your project's dash. To avoid this clean-up work, make sure all your file names are unique.

Import works by taking in a zip file that represents your documentation. ReadMe supports the following hierarchy depth: Category > page > subpage. This means you can have pages with subpages, but those subpages can't have further subpages.

To create a category, create a directory, and populate it with pages.

The names of the directories and files are turned into the slugs and category names.

For example, if you had a zipped directory containing the following:

To see how the import process works, you can use example zipped files for single version and multi version doc projects:

This is the structure if you want to import a single version into your project:

File names that start with . or _ will not be imported.

Exporting from ReadMe and Re-importing 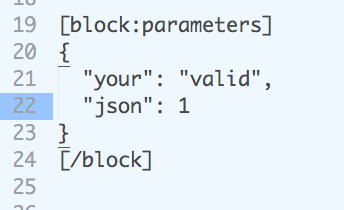